In the course of completing ACEN’s Annual Report, ACEN-accredited programs are asked to report their NCLEX pass rates for first-time test takers as reported by their state regulatory agency. These numbers are then compared against the NCSBN’s published results.

As the graphs below illustrate, a review of the data reported by the nursing programs demonstrates that the mean NCLEX-RN and NCLEX-PN pass rates for graduates of ACEN-accredited programs exceed the National Council of State Boards of Nursing (NCSBN) published national mean* for all program types except baccalaureate programs.

In aggregate, ACEN-accredited programs demonstrate average scores above the national average by an average of 2.5 percentage points.

*It should also be noted that the NCSBN revised the passing standard for the following examinations:

#Logit is a unit of measurement to report relative differences between candidate ability estimates and item difficulties. 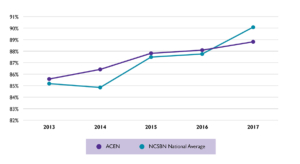 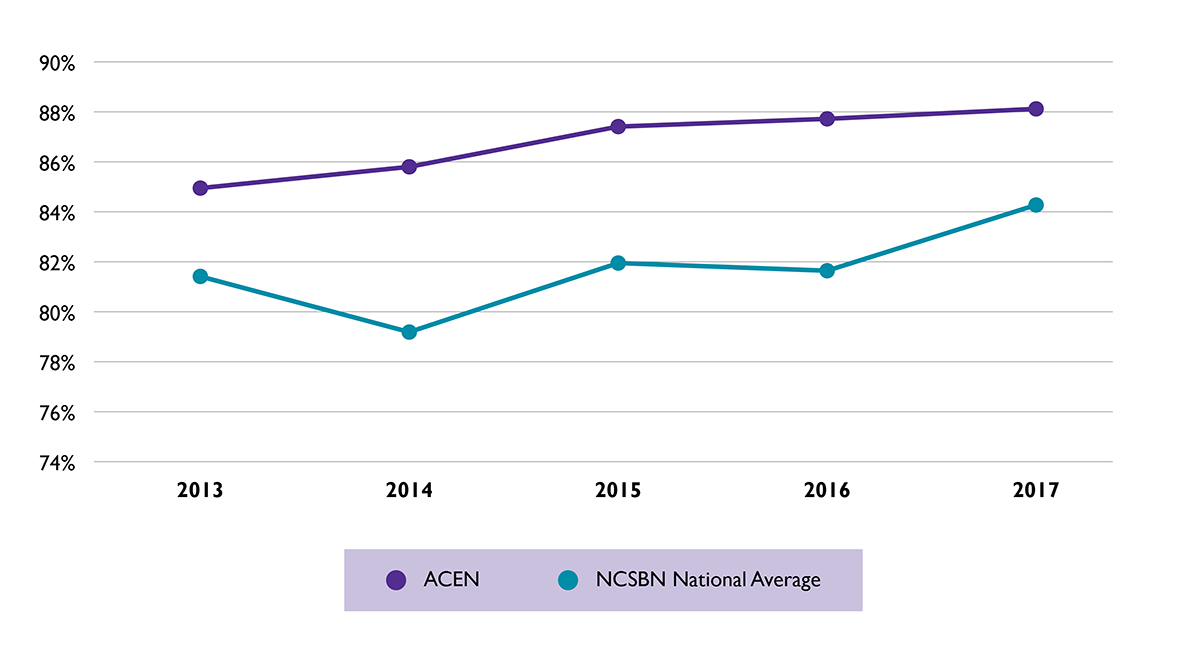 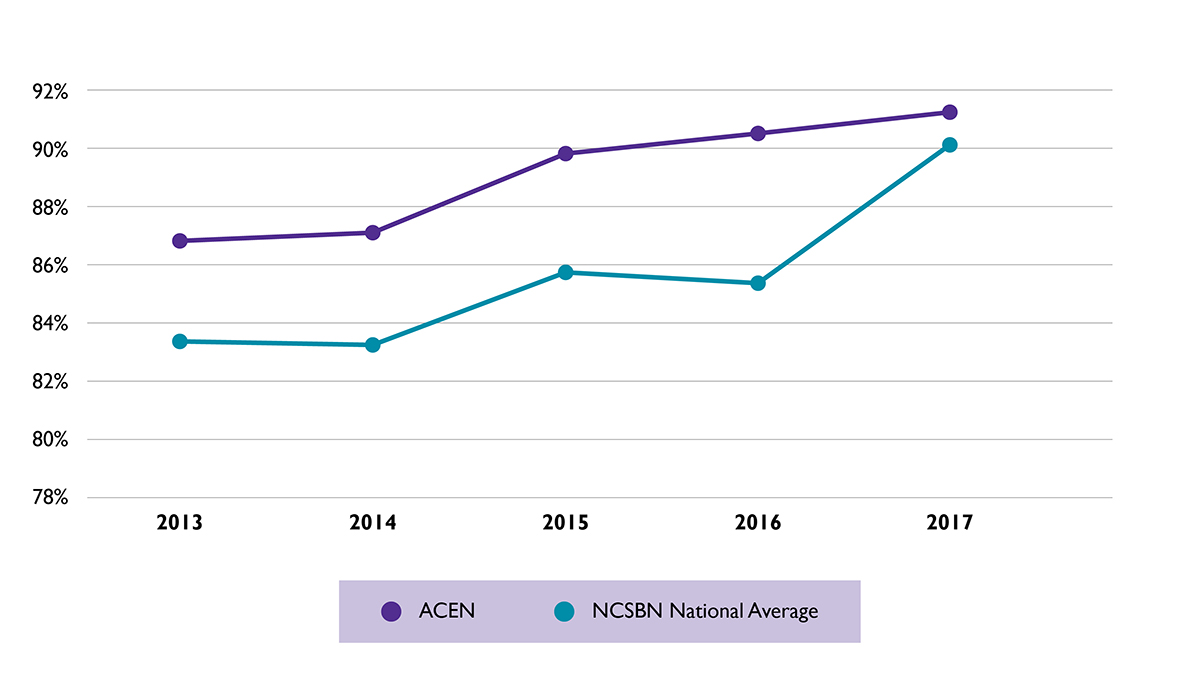 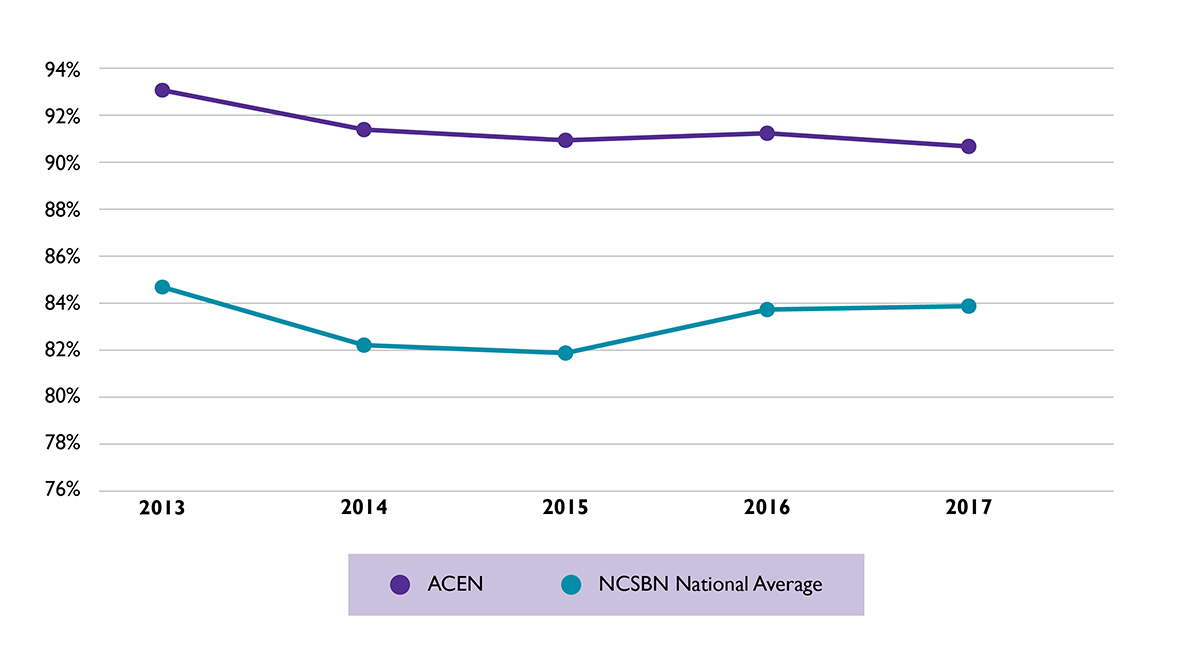