The Lifetime Achievement Award recognizes an individual who:

The recipient for this award will be recognized at the ACEN Inaugural Nursing Education Accreditation Conference July 12, 2018 at the Opening Ceremony.

The two nominees for the inaugural Lifetime Achievement Award are (in alphabetical order): 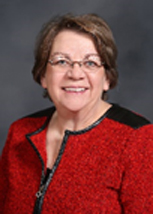 Dr. Elizabeth (Libby) Mahaffey is Dean, Nursing and Allied Health, at Hinds Community College, where she has worked for 36 years, teaching 22 years in the Associate Degree Nursing program.  Dr. Mahaffey is responsible for twelve nursing and allied health programs and the operation of the Nursing/Allied Health Center.  Dr. Mahaffey received a BS in Nursing, an MSc in Psychiatric-Mental Health Nursing with a Cross-Cultural Emphasis and Teaching Focus, and a PhD in Adult Education.  Dr. Mahaffey is active in state and national professional organizations including clinical specialty organizations as well as academic and career technical organizations.  A previous president of the Organization for Associate Degree Nursing, Dr. Mahaffey remains active in the state and national organization.  Inducted as a Fellow in the Academy of Associate Degree Nursing in 2017, Dr. Mahaffey was appointed as the first chair of the Academy in 2018.  Dr. Mahaffey is a program evaluator and serves on the Evaluation Review Panel for the Accreditation Commission for Education in Nursing, where she served on the Board of Commissioners from 2006-2012 and was chair of the Board of Commissioners from 2008-2012.   Dr. Mahaffey has served as a consultant for accreditation, assessment and evaluation, curriculum redesign, strategic planning, and leadership development.  Dr. Mahaffey has testified in state senate committees, advocating for nursing faculty salary increases and for the introduction of practical nursing programs in high schools.  She has been involved in grant writing and grant management at the local and state level.  Dr. Mahaffey also serves on several boards for healthcare, service, and community agencies.  At Hinds, Dr. Mahaffey fosters a shared governance model that includes the leadership of all health related programs, administration, and support services. 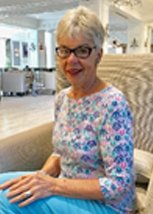 Like so many other girls coming of age in the late 1960’s Marilyn was familiar with mainly two career choices–teacher or nurse. Since she was sure she did not want to be a teacher, had good grades in math and science, and had several aunts and cousins who were nurses, Marilyn chose nursing. At that time, nursing education in west Michigan was offered only at hospital-based schools. She wrote to one of these, Bronson Hospital School of Nursing in Kalamazoo, and the director surprisingly told her that the future of nursing was in baccalaureate education and advised her to apply to one of the three state universities that offered nursing degrees at that time.

When Marilyn graduated from Michigan State University in 1969, she was among a minority of nurses who held a degree in nursing. Following graduation, Marilyn served as a US Army nurse for three years, and after her active service, she used the GI Bill to earn an MSN through Wayne State University. One of the nursing faculty at Wayne, Dr. Dorothy Reilly, had implemented an outreach program that was offered in various Michigan cities, including Grand Rapids where Marilyn lived. The students in that program appreciated the opportunity to earn their MSN while living at home and continuing to be employed in nursing. Marilyn had a wonderful experience studying under Dr. Reilly and so many other leading nursing scholars. It was Dr. Reilly’s curriculum course and publications that became so important in shaping effective curricula in many Michigan schools of nursing.

Once again, Marilyn found that she was among a minority of nurses who held graduate degrees. Because of this, she was recruited by schools of nursing and found to her surprise that she enjoyed teaching nursing. An academic lifestyle fit well with raising a family and both of her children have become academics themselves, although they are professors of history and political science.

Because of various opportunities, Marilyn enjoyed teaching in several states and in many levels of nursing–practical, associate, and baccalaureate. She found that she preferred the community college setting and was fortunate to teach in, and be the director of, the associate and practical nursing programs at Grand Rapids Community College for 23 years.

During her time at GRCC, Marilyn became better acquainted with nursing accreditation and greatly enjoyed serving at all levels in what is now the Accreditation Commission for Education in Nursing–ACEN. She considers herself very fortunate to have known so many dynamic and gifted leaders in nursing education and is very proud to have been associated with an organization that has remained strongly committed to all levels of nursing education. Marilyn was honored to participate in the process of setting the standards and criteria for educational quality and considers the progress made in each set of standards and criteria, including those for Transition to Practice Programs, to be among her most important professional achievements.