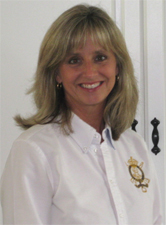 Dr. Kimberly Cribb received her initial nursing education from a small associate degree program and was licensed as a registered nurse at age twenty. She continued her education and completed her baccalaureate degree in 1983 and an MSN in 1990. Her doctoral degree was awarded in 2004 in Curriculum and Instructional Technology. She holds the designation of Certified Nurse Educator (2009- 2014).

She is currently the Director of the MSN Program at Thomas University in South Georgia. Prior to this appointment, she was Dean of an Associate Degree Program for five years where she had responsibility for 5 campuses. Her clinical background includes practice in pediatric ICU, emergency room, and five years as a clinical educator. While working as a clinical educator, she taught ACLS, TNCC, PALS, and BLS. She held the Certified Emergency Nurse designation from 1991 – 2006.

She has been an ACEN site visitor since 2005 and served as a member of the Evaluation Review Panel in 2011. Dr. Cribb also has an extensive grant writing background with approximately $3 million dollars awarded for nursing initiatives which included the development and implementation of the first online associate degree nursing program in Georgia’s University System.

Dr. Cribb enjoys travelling abroad with her nursing students and spending time at the beach with her family. She lives in Gulf Breeze, Florida.