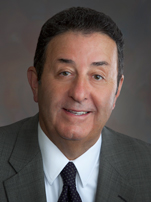 Howard S. Smith served in the public schools of New York State for thirty-nine years, the last fourteen and a half as a superintendent of schools. He retired in August 2011 and now works as the Education Leadership Consultant for the law firm of Harris Beach, PLLC, and as an Associate for School Leadership, LLC, a regional administrative search firm.

Dr. Smith received his bachelor’s and master’s degrees in education from the State University of New York at Albany and master’s and doctorate degrees in educational administration from the University of Rochester. As superintendent of schools from 2004-2011 in the Williamsville Central School District located in suburban Buffalo, New York, Dr. Smith oversaw a student population of approximately 11,000 students, 1,800 employees, and an annual budget of $161,000,000. His district was ranked #1 by Business First, a regional publication, in each of those seven years. He has been recognized for his leadership by the Western New York Education Service Council (2008) and the New York State Council of School Superintendents (2010).

Dr. Smith has been married for thirty years to a radiographer and healthcare provider who supports women diagnosed with breast cancer. He and his wife have three children, two who are attorneys in Buffalo, New York, and one who is a teacher in the Washington, D.C. public schools.