Ann Bain was elected to the Nominating Committee and will serve a three-year term effective October 1, 2018 through September 30 2021. 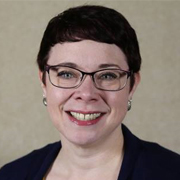 Kristen Barbee, PhD, RN, CNE has 26 years of nursing experience, with 14 of those years in nursing education. As a nurse educator, she has taught and/or directed programs at the associate, baccalaureate, and master’s levels. Currently program director of the baccalaureate program at Wingate University, Dr. Barbee values the accreditation process and the program improvement that occurs due to ACEN accreditation. She is currently working on development of an RN-BSN completion program option for the university.

Dr. Barbee received her diploma from Presbyterian Hospital School of Nursing, her BSN from Gardner-Webb University, her MSN in Nursing Education from East Carolina University, and her PhD in Nursing from the University of North Carolina at Greensboro. She has held the CNE certification since 2006 and was an NLN LEAD leadership program participant in 2014. She is currently involved in research examining the relationship of grit and purpose in nursing school applicants and students.

Dr. Barbee has served as a site visitor for ACEN since 2016 and has a passion and enthusiasm for conducting site visits. Networking and evaluating other programs is truly a passion. She has also been honored to serve on the Evaluation Review Panel since 2017. Her first site visit serving as a team chair occurred in spring 2018. Participating in the planning of the Inaugural ACEN Accreditation Conference has been a fun experience for Kristen, and she’s looking forward to seeing how all the planning produces an end product! 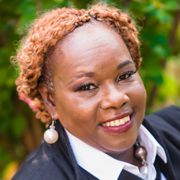 Margaret Andrews Fournier, PhD, MSN, MHA, BSN, RN has been a clinical nurse for over 46 years. Dr. Fournier’s area of expertise is in the medical-surgical field with specialization in telemetry, orthopedics, home health, and hospice care. She served as Director of Nursing for one year as well as served as a clinical case manager for a hospice, home care organization. Dr. Fournier received her clinical experience in the Army Nurse Corps in 1988 with leadership positions first as Clinical Head Nurse and ending in 2011 as Chief Case Manager. She retired from the Army in 2011 with Honorable recognitions and many medals and ribbons. Her greatest accomplishment was being selected to assist President Barack Obama and Vice President Joseph Biden in the 57th Inaugural Ceremonies in January 2013. Dr. Fournier was selected based on her leadership, clinical skills, and many publications regarding wounded soldiers injured and killed in the Iraqi War. 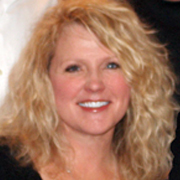 Ann Bain, EdD, MSN, RN is currently serving as the founding Dean of the College of Education and Health Professions at the University of Arkansas at Little Rock. She has held this positions since 2014. Prior to this she served one year as Interim Dean of the College of Science and served over 16 years as the Chairperson of the UALR Department of Nursing. During her tenure as DON chairperson, the academic unit expanded program offerings to include a BSN completion program, a BSN ladder track, a paramedic/LPN to RN option, and an accelerated AAS in nursing option. Under her leadership, the program secured over $4M in scholarships, relocated to a newly designed Gold LEED Nursing Building, established a regionally known SimCare Interdisciplinary Hospital, and nursing enrollment grew from 100 to over 600 students.

As CEHP Dean, Dr. Bain has lead efforts that have resulted in the establishment of expanded academic completion program agreements, partnerships with area hospitals, establishment of a college based Academic and Support Center, and expansion of CEHP enrollment in key programs. Dr. Bain has extensive experience with ACEN as a site visitor since 1997, Evaluation Review Panel Member, ACEN Board of Commissioners Secretary, and has served two terms as an associate degree representative on the ACEN BOC, as well as two years as a baccalaureate degree representative on the ACEN BOC. 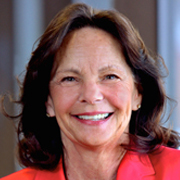 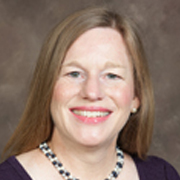 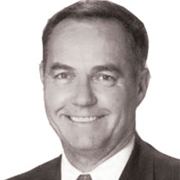