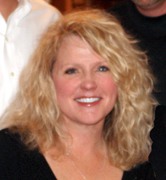 Dr. Ann Bailey Bain is currently serving as the founding Dean of the College of Education and Health Professions at the University of Arkansas at Little Rock. She has held this positions since 2014. Prior to this she served one year as Interim Dean of the College of Science and served over 16 years as the Chairperson of the UALR Department of Nursing.  During her tenure as DON chairperson, the academic unit expanded program offerings to include a BSN completion program, a BSN ladder track, a paramedic/LPN to RN option, and an accelerated AAS in nursing option.  Under her leadership, the program secured over 4 million in scholarships, relocated to a newly designed Gold LEED Nursing Building, established a regionally known SimCare Interdisciplinary Hospital, and nursing enrollment grew from 100 to over 600.

As CEHP Dean, Dr. Bain has lead efforts that have resulted in the establishment of expanded academic completion program agreements, partnerships with area hospitals, establishment of a college based Academic and Support Center, and expansion of CEHP enrollment in key programs.   Dean Bain has extensive experience with ACEN (and the former NLNAC) as a site visitor (1997 to date), Evaluation Review Panel Member, ACEN Board of Commissioners Secretary, and has served two terms as an associate degree representative on the ACEN BOC, as well as two years as a baccalaureate degree representative on the ACEN BOC.